A Heritage of Bourbon: Kentucky’s Guide for Whiskey Lovers

A Heritage of Bourbon: Kentucky’s Guide for Whiskey Lovers

If you are a fan of Bourbon, visiting Bourbon County, KY can help you learn more about the brands. This guide aims to explain the heritage of Bourbon.

Did you know that Kentucky produces 95% of the world’s bourbon?

There’s no law mandating that bourbon must to be from Kentucky, but let’s be honest—Kentucky bourbon is simply better.

Here’s a look at bourbon’s heritage in Kentucky and some of the best brands to get a taste of Kentucky history.

History of Bourbon in Kentucky 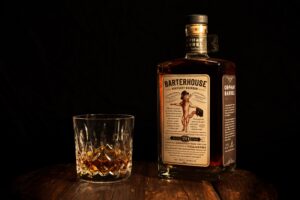 But if you ask any Kentuckian, the real history of bourbon begins in Kentucky, where the spirit was refined into the drink we love today.

What’s so special about Kentucky? It’s in the air—literally. And the soil. And the water.

Kentucky is unique because it sits on a vast deposit of blue limestone. That acts as a natural filter, removing harsh iron while imparting sweet calcium and magnesium. To this day, any open clean stream in Kentucky will taste better than tap water in most of the country. It’s all about that limestone. That’s important since the only thing that can be added to bourbon during aging is that sweet Kentucky water.

Then there’s the fertile ground that limestone sits in. Kentucky has long been a verdant agricultural state thanks to its rich soil, which is important for bourbon’s key ingredient (corn). This is aided by Kentucky’s four seasons, which make the Kentucky aging process unlike anything else in the world. Hot summers and cold winters produce charred oak barrels that give bourbon its distinctive taste, and the transition between them allows the wood to breathe so the alcohol can age.

In short? German, Scottish, and Irish settlers migrated to Kentucky with a wealth of whiskey distilling knowledge only to discover a uniquely perfect climate for distilling their spirit of choice. This is where Bourbon Trail history begins.

Early Heritage of Bourbon in Kentucky

Our story of Kentucky bourbon starts in 1783 with the Samuels family. This family holds the title of the first bourbon distillers in the state, and they’re still in business today—you know them as the people behind Maker’s Mark.

As the story goes, it all started in 1783, when Robert Samuels began distilling bourbon for the first time with a secret family recipe. The family turned it into a formal business in 1840 when Robert’s grandson built a distillery at Samuels Depot. That said, another family also claims the right to the first commercial distillery. That would be the descendants of Evan Williams, who opened Kentucky’s first commercial distillery that year.

Two years later, in 1785, Bourbon County, Kentucky was established for the first time. Bourbon County today has little significance in bourbon production, but back then, a county was named for a French family called Bourbon who aided the colonies in the Revolutionary War, and German, Irish, and Scottish settlers flocked there.

Elijah Craig and the Whiskey Rebellion

While Robert Samuels holds the claim of distilling whiskey for the first time in Kentucky, Elijah Craig is said to be the man who invented bourbon as we know it today.

Back in 1789, when Craig had a brilliant idea, corn whiskey (moonshine, roughly the modern equivalent of paint thinner) was already popular. Craig was the one to introduce charred oak barrels that are now a legal requirement of Kentucky bourbon production. Or at least, so the myth goes—some argue that barrel charring wasn’t Craig’s sole invention, but the invention of many hands over time.

One way or another, though, charred oak barrels became as much a trademark of Kentucky whiskey as its corn content.

Sadly, the government figured out that bourbon was a profitable industry and decided to tax the industry to pay off some of its war debts. By 1794, farmers and distillers in Pennsylvania had enough, and outrage bubbled up into the Whiskey Rebellion. It ended up being the first test of the government’s ability to enforce laws, though the government didn’t attempt to tax whiskey again for fear of another rebellion.

A lot happened since the Whiskey Rebellion days, like the development of sour mash in 1823, bourbon officially winning the name bourbon for the first time in 1840, and the Prohibition in the 1920s, to name a few. But one way or another, the bourbon industry in Kentucky continued to grow and thrive despite various setbacks.

1964 was a big year for bourbon, and not just in Kentucky. That was the year the Bourbon Whiskey Congressional Act passed and officially made bourbon America’s native spirit.

While Prohibition and World War II set the bourbon industry back, it continued to flourish in the latter half of the 20th century. By 1963, bourbon was the most popular spirit in the United States. In that year alone, bourbon brands collectively produced 75 million gallons of bourbon.

It all paid off in 1964 when H. Con. Res. 57 passed in the House and declared bourbon a distinctive product of the U.S. Congress ended up passing the Senate’s version of the bill. That was a huge deal since it imparted major trade protections to Kentucky whiskey like those seen in French champagne. Thanks to the bill, there were now tariffs placed on bourbon made by foreign competitors, giving Kentucky distillers a major home-field advantage.

Best Bourbon Brands for a Taste of Kentucky History

Here at Cox’s & Evergreen, we’re huge fans of Kentucky whiskey. We love three brands in particular to give you the best of what Kentucky bourbon has to offer: 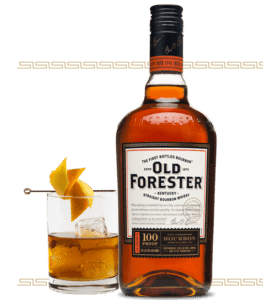 After all, if you’re going to gift your friends the joy of Kentucky bourbon, why not give them the best?

Thinking of giving bourbon bottles as gifts? Why not give your loved ones a taste of Kentucky history?

Your Store for High-Quality and Rare Bourbons Louisville, KY

We hope this heritage of bourbon inspired you to enjoy our favorite Kentucky spirit a little bit more with each sip. It truly is a drink with a rich history.

And if you’re looking to enjoy the best of Kentucky bourbon, make sure to check out our spirits shop for great options.

VIP Rewards Member you will earn points that will become dollars off on future purchases.